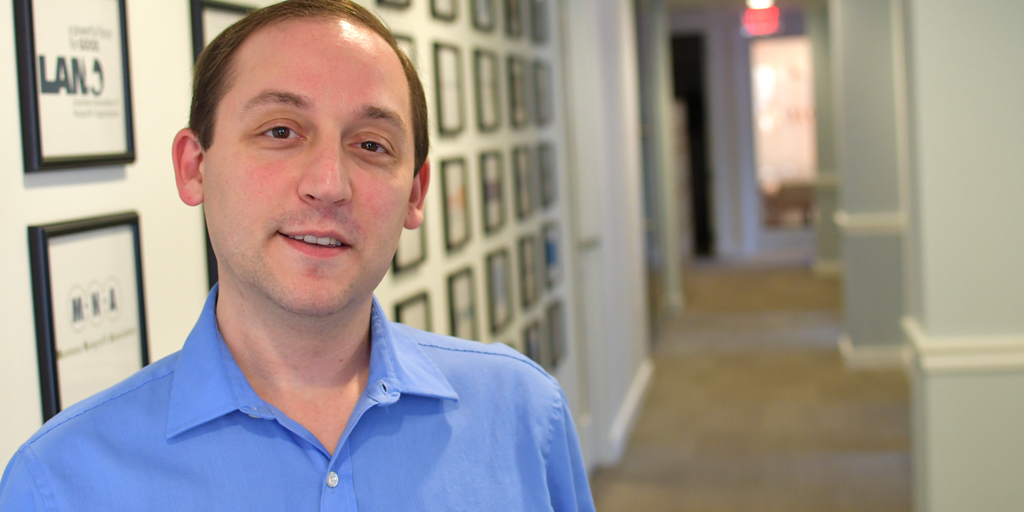 My own recent work in thought leadership marketing for a nonprofit, UCAN, inspired me to learn more about how mission-driven organizations can use their leading thinkers to advance their good causes. The first stop on my journey was Washington, DC, and the National Council of Nonprofits.

I sat down with Rick Cohen, the Chief Communications Officer and Chief Operating Officer, to discuss trends in nonprofit thought leadership. The video below will give you a brief overview of our discussion, while the full interview follows in text.

Chuck Kent:  First, could you please define what thought leadership means to you, in a nonprofit context?

Rick Cohen:  For nonprofits, thought leadership is two things, primarily. One is in the realm of advocacy, in making sure that people know some of the issues that nonprofits are solving in our communities.

And the other is that no one nonprofit can do this alone. We need to work together, and thought leadership enables a nonprofit to share some of the things that are working so that other nonprofits – and, frankly, for-profits and governments and everyone else – can benefit from what’s been learned along the way.

CK:  So, it’s partly putting helpful thinking out there, but it’s also about generating conversations?

RC:  Exactly, because thought leadership is not just teaching; it’s a conversation. It means sharing some of the wisdom that an organization hopefully engaging with others so that they can apply it to the work they’re doing.

Thought leadership is not just teaching; it’s a conversation

CK:  What can thought leadership do for an individual nonprofit?

RC:  One of the big things it can do is ensure that people understand the scope of what that nonprofit is working on. The ingrained issues in our communities sometimes go overlooked or misunderstood, so sharing information, sharing knowledge, and helping people understand the scope of an issue gets you one step closer to solving it. And it gets you one step closer to finding the people with the expertise, with the ideas, that can help you truly make great change

CK:  Since you’re describing it as creating conversations – which inherently require a good deal of listening – do you believe that pursuing thought leadership also has a learning benefit to it?

RC:  Absolutely. Nonprofits aren’t here to exist in perpetuity, to just continue doing what they’re doing.  In fact, there are some who like to say that nonprofits should be in the business of putting themselves out of business. You don’t want to be serving meals forever, you want to solve the root issues of hunger. You don’t want to be assisting people with a particular disease, you want to put that disease out of business. You want to be able to do what March of Dimes did, putting together the funding and the research to pretty much eradicate polio.

So, nonprofits want to put themselves out of business ­– and the best way to do that is to learn from others about what has worked. How did one campaign, how did one effort really make a big difference? How did the ALS Foundation do things around the ice bucket challenge? It’s just such a small example, and it didn’t even come out of their own shop, but they were able to harness it and they’re making terrific advances. Not that everybody should be going out and trying to duplicate social media success…

CK:   The pursuit of the viral moment.

RC:  Right.  But it’s just too difficult. You can’t generate a viral moment – a viral moment has to happen. But once it did happen, the folks at ALS were able to harness it and start and making additional advances, beyond what they’d been able to do before.

CK:  Let’s talk about the more common things that any organization can aspire to. What types of thought leadership do you see being used well, right now, in the nonprofit sector?

We’ve seen a lot more nonprofits getting into video

RC:  We’ve seen a lot more nonprofits getting into video. Nonprofit thought leadership started out with blogging, then it shifted into podcasting, and now it’s evolved into short videos.

And we’re not talking about the length of a TED Talk, although some do that. Our member in Delaware, the Delaware Alliance for Nonprofit Advancement, does a mission minute video series, sharing some of the things that nonprofits should be thinking about, whether it’s about their board of directors or fundraising or advocacy.

And they’ve done videos thanking members of the state legislature after certain bills have gone through. It’s a nice thing. Elected officials always like having something that shows them doing good in the community. Whether it’s a donor, a volunteer, or a public official, everybody likes to be thanked when they’re doing something good. So, the folks in Delaware have done a great job of utilizing very short videos to advance the work and provide information in a bite size way – which is the way you have to do things nowadays.

CK:  I imagine they also discovered that part of the beauty of thanking people on video is that those people, and their social networks, tend to share it. You get a social media bump.

RC:  Yes. Anytime you say thank you person X, Y, Z, they’ll retweet it and like it, and then their followers see it and then maybe a few of them will share it. It’s never going to produce a viral moment, but certainly it is more visibility for your organization.

CK:  What sorts of thought leadership content would you encourage organizations to do more?

There’s still a ways to go with video

RC:  I think there’s still a ways to go with video.

It’s something people do enjoy, especially when you’re talking about nonprofits. People like seeing the work in action. They enjoy seeing the people in action, which is something you don’t get in a blog post. or a podcast. And video provides a way to demonstrate the impact that the organization has, in addition to sharing some of what they’ve learned.

That’s really the trend we see, especially as it becomes easier and easier to share quality video. You look 10 years ago, maybe more than 10 years ago, where you really needed a big production studio to make something happen – now you can shoot a high-quality video on an iPhone.

You don’t need to buy additional equipment for the organization – you simply take your phone out of your pocket. You don’t need the fancy Adobe editing tools, you can just do things quickly and easily. It’s really put video in the grasp of organizations that, quite frankly, didn’t have the resources to invest in that sort of…I hate to call it infrastructure, but it is infrastructure.

CK:   I wonder if you would agree that there’s an advantage to not having a really slick production, if you’re talking about an organization that’s supposed to spend its funds providing services. I wonder if it is better to have what I call “social media casual” production quality.

RC:  I think you’re right, and we’ve seen that to some degree. There’s a delicate balance, as it needs to be somewhat professional. People appreciate that a nonprofit isn’t diverting resources to a fancy video with slick effects and everything, but it still can’t be shaky cam. They just need to see that it’s real people doing the real work and doing what they can with the resources that they have.

CK:  Who should be involved in thought leadership for a nonprofit?

RC:  I think the easiest answer is the CEO or the Board Chair, but really it can be anybody. It can be somebody who’s leading one of the programs that the organization offers. It can be someone in operations. It really can be anybody who has something to share with others.

That approach opens things up for a nonprofit to have more than just one or two faces representing the organization. It lets the community see just how many folks there are,  making a difference.

CK:  What do you think keeps nonprofit leaders from stepping out front as thought leaders?

RC:  Most people don’t realize how much wisdom they’ve built up over their years. And they don’t want to be at the center of attention. So, that’s another thing that holds people back from thought leadership activities – it’s just humility, and hey, I’m all for it.

I’m not terribly comfortable on camera myself – but there’s a lot of benefit to sharing what we’ve all learned along the way. You may not realize what it is that you have to share that’s going to make a real difference for that next person, the next generation.

People don’t want to be lecturing or be professorial, but there are ways to share knowledge and to pass on wisdom without it feeling so structured. There are a lot of nonprofits and for-profits that are doing a good job presenting information in bite size nuggets that are a lot easier to digest than an hour-long talk.

CK:  Do you think there’s an opportunity, then, for more nonprofit leaders to embrace thought leadership as part of realizing their mission?

RC:  Absolutely.  I understand that leaders already feel overworked and think “If I only had an extra hour, I’d love to do that.” But once people realize the value of thought leadership, and see how relatively easy it’s become, they’ll see it’s not as heavy a lift anymore.

Technology has made that possible, as well as just knowing you can do effective things in those smaller bits. You can post a one-minute video, which then gets shared by five people, who share it in another five people, and so on. It may not produce a viral sensation, where millions of people are viewing it – but all you need is the right one.

You need that one right person who didn’t know your organization existed…who wants to provide a donation…or maybe the person who knows the solution to the problem that’s been tripping you up for years. They’re your next staff member, your next board member, or just somebody who can say, “Hey, I’ve been through that before and I know the way to go.” That’s one of the great things about social media-driven thought leadership – it doesn’t always have to go viral. You don’t have to reach 100,000, you just have to the reach one one person who really cares about what you’re doing, and who can really help make a difference in the future.

For more of Rick Cohen’s insights specifically on the role of the nonprofit CEO in thought leadership, read the interview in CEO World.

About the Author
Chuck Kent, the Chief Conversation Officer at Lead the Conversation, works with executives to help them more easily create authentic, compelling thought leadership content – and to lead industry conversations. He is a writer, brand strategist, content creator and expert interviewer. Chuck is also a writer for CEO World, and Contributing Editor for Branding Magazine, for which he created the original Branding Roundtable